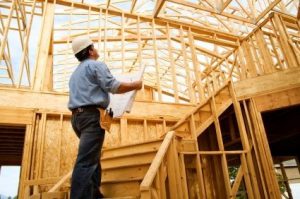 Sonora, CA – While Tuolumne County officials report there is an uptick in the number of building permits, the City of Sonora says its holding steady.

There were 13,076 building permits issued in the county in 2015.  County Community Resources Agency Director Bev Shane indicates that is a jump of 129 from 2014.  Those include building, home, remodel, and deck permits.  Shane notes one popular trend noticed by her office is a spike in permits for solar power panels, although she did not have those numbers readily available.  She adds single-family home building permits also went up.  “We have seen an increase in the number of new homes, not a huge increase, but an increase over the past couple of years,” shares Shane.  While it is not a dramatic hike, the numbers have climbed from 63 permits in 2014 to 74 last year.  The upward trend appears to be continuing for the first three months of this year.  “We are currently seeing an increase in the number of applications for building permits and other types of construction activities as well as increased interest in future development in the county,” states Shane.

The City of Sonora has not seen as much movement, as Community Development Director Rachelle Kellogg reports; the numbers remain relatively constant from last year with just a slight uptick.  She indicates that from fiscal year July 1, 2014 – Feb 16, 2015; 122 building permits of various types were issued.  Last year during the same period, there were 131.  “I wouldn’t say we’re having a boom, but it is starting to pick up some,” acknowledges Kellogg.  “We do have two big commercial projects getting ready to get going.  One is the Walmart expansion the other is the Sonora Regional Medical Center’s outpatient pavilion.  Building permit fees for the city are up some because of the size of those projects that we’re processing.”

One good sign so far this year, notes Kellogg, is that a couple of new homes have already been built, a trend she hopes will continue to grow.