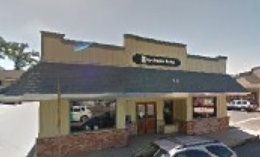 Jamestown, CA — Two Umpqua banks in the Mother Lode will shut their doors this summer in a move to consolidate the branches.

Clarke Broadcasting has confirmed that both the Jamestown and Columbia Umpqua Banks are notifying customers of the closures.  Bank Manager of the Jamestown location, Madlen Riddle, stated, “My location is going to close as of June 1st.  We are consolidating into the Sonora locations.”

Riddle added that her bank has five employees and Columbia has three.  She could not comment on whether those employees will retain their position with the bank.  There are three branch locations remaining open, downtown Sonora on Washington Street, the Junction Shopping Center in East Sonora and another in Twain Harte.

Of note, as previously reported on February 5 last year, a man displaying a gun, demanded money from a teller and took off on foot from the Umpqua Bank in Columbia State Historic Park. The suspect has not been caught.  Additionally, the Twain Harte branch was also robbed last June.  Two suspects were arrested in that incident, an unidentified 16-year-old, and 18-year-old Daevon Marquell Harris who was convicted and sentenced to six years in prison.