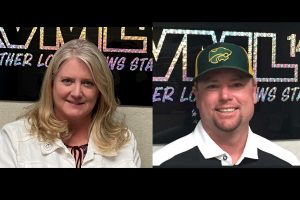 Sonora, CA – After four days of counting, elections officials say the Superintendent of Schools race is trending towards Zach Abernathy and the Sonora City Council race has Suzanne Cruz widening the gap.

County Clerk and Auditor-Controller Debi Bautista stated that after receiving 255 mail-in ballots today, there remain 100 in-house to count. In the city council race, the top two vote-getters take the seats. Andy Merrill remains on top with 570 votes. Suzanne Cruz has 545 votes and has pulled away by 54 votes from third place challenger Kurt Bryant with 491. Bautista detailed, “He would need 54 votes and it is only the city of Sonora voters, and there is not a whole lot of them. There is no way that of the 100 ballots, 54 of them are the city of Sonora voters.”

In the Superintendent of Schools race, Zach Abernathy has pulled ahead of incumbent Cathy Parker with just 105 votes between them. Abernathy has 50.28% to Parker’s 49.60%, which is 7,723 to 7,618 votes, respectively. Bautista says the trend is in his favor, “Abernathy was a little over 800 behind on Tuesday and now on Friday, he is 105 ahead. So, his trend picked up 900 plus votes.”

However, every vote counts in this countywide race. Ballots can still come in via the mail on Monday and Tuesday and will be counted as long as they are postmarked by June 7th.