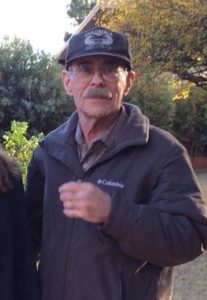 Updated at 6am: The Tuolumne County Sheriff’s Office reports that a man that went missing last night from the Apple Valley Estates has returned home and is safe with family. 70-year-old Thomas Eggleston, who suffers from Alzheimer’s Disease, did not have any recollection of where he went or what he did. The Sherriff’s Office had been conducting a search after he went missing at around 7pm.

Sheriff’s Office spokesperson Sgt. Andrea Benson says, “We really want to thank everyone and are so appreciative for the help of getting his information shared quickly. We have an amazing community who look out for one another. We are all very thankful that he is safe and reunited with his family.”

Original story posted at 10:15pm: Sonora, CA — The Tuolumne County Sheriff’s Office is asking for help from the public in locating a missing man.

70-year-old Thomas Eggleston was last seen leaving his home in the Apple Valley Estates at around seven o’clock this evening. He was driving a black Jeep Wrangler with a license plate number of 6YPL302. It has a desert camo spare tire cover. Eggleston suffers from Alzheimer’s Disease, and it is unknown which direction of travel he was headed. Anyone seeing his vehicle, or knowing of his whereabouts, should call the Sheriff’s Office at 209-533-5815.

He is 5’8″, brown hair, blue eyes. He was wearing a dark jacket and black hat, as seen in the picture.