Calaveras Foundation On The Move, Taps New Board Member 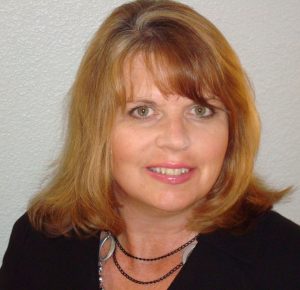 San Andreas, CA — This week, while reviewing applications for its latest round of grants, Calaveras Community Foundation (CFF) also mustered in a new board member.

Liz Gimble, a long-time Valley Springs resident, shares her excitement about joining the board of the foundation, now in its 16th year, adding, “It really is quite an honor to represent an organization that does so much good for the local community.” CCF, which manages over 45 charitable funds and fiscal scholarships, has locally distributed more than $1,200,000 in scholarships, competitive grants and assistance. Last fall, it also set up a Disaster Relief Fund to funnel funds to local Butte Fire recovery efforts.

Also waxing enthusiastic, CCF spokesperson Chryl Hillis chimes in, “We are happy to have a grant writer…we have never had a specific grant writer where we ourselves, as a foundation, could apply for funds for a specific cause…and so we are welcoming her with open arms!” Gimble’s diverse background includes project coordination and sales. She holds a BA degree from CSU Sacramento.

“Lots of times we have board members go out and round up people that they think will make good board members,” Hillis continues. “But [Gimble] had been reading about us and the Disaster Relief Fund…the progress we have made in our going on 16 years of existence…and came to us.” The group’s bylaws, which allow a board of up to 15 members, currently has 11 in service.

Providing an update on the foundation’s latest activities, Hillis reports that the 2016 grant cycle, now in progress, today began reviewing 22 applications that were submitted by the Feb. 15 due date. They represent funding requests in the following three categories: aging in place seniors; the board’s cultural initiative and STEM (Science-Technology-Engineering-Mathematics) education. The board will mull over the top contenders at its March meeting and anticipates sending checks out to this year’s grant awardees by the first week in April.

To date, the foundation has received about $520,000 in donations earmarked for its Disaster Relief Fund. Hillis estimates that the board has channeled somewhere in excess of $200,000 towards various Butte Fire recovery activities so far. “We went into it…knowing that this is long-term — the needs are still going to be there, two years from now — and the needs are going to be different from what they are right now,” she states. So, “We are being very diligent about the awards we are giving…on a monthly basis we review the apps that we have already been given, analyze the new apps that have come in since, and one way of another, usually make a grant each month.”

The Salvation Army, Resource Connection and Friends of the Animal Services all received early funding last fall. Other nonprofit group-driven projects that have received recovery-oriented monies from the fund include erosion mitigation work in the burn footprint by Calaveras Grown, using rice straw; street sign replacements by Central Calaveras Fire, which held a ribbon-cutting last Friday as it installed the first signage; and focused fire damage repairs of seniors’ homes by Common Ground Senior Services. Hillis gives a special shout-out to efforts through Friends of Railroad Flat School, which she describes as serving as a real “Johnny-on-the-spot” by fulfilling a myriad of essential and rebuilding needs regularly and as they arise.

Applications for Butte Fire-related funding are not online for a reason, according to Hillis. As she puts it, “We like to talk with the people first, and see if they are on the straight and narrow…and then if they have a project in mind that makes sense to us.” While the last treasurers’ report indicates that donations are still coming in, Hillis says CCF is making more deposits in the hundreds instead of thousands of dollars these days. Still, Hillis notes that fundraisers are still being planned and held. Smiling, she delivers as a parting remark, “It just proves once again what kind of a county that we live in.” For more information about CCF and its work, call 209 736-1845 or click here to visit its website.