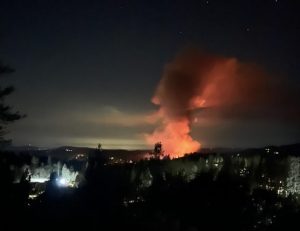 Columbia, CA — There was an early morning fire that destroyed a home in the Columbia area.

It was reported to fire officials just before 3am in the 11400 block of Yankee Hill Road. A house was destroyed and the fire was contained at around 4:30am. There were some power lines down nearby, according to first responders.

The fire did not spread to nearby vegetation. There were no injuries, but the Red Cross is assisting two displaced residents. The cause of the blaze is under investigation.