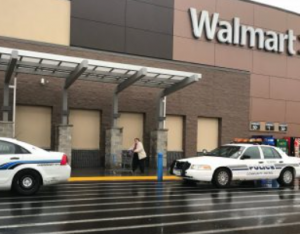 It happened at around 6:30am. Officer Thomas Brickley reports that they initially got away with somewhere between $3,500-$5,000 worth of jewelry. The Police Department reports that a “be on the lookout alert” was issued to the CHP and Tuolumne County Sheriff’s Office after the suspects fled in a black Volkswagen sedan. They were spotted by the CHP a short time later on Highway 108 near Jamestown.

Three Turlock residents inside the vehicle were arrested on a variety of charges, including burglary, grand theft and possession of a firearm. They are 47-year-old Joseph Michael Black, 32-year-old Candice Rae Hoffman and 34-year-old Martin Marroquin Jr.

They were booked into Tuolumne County Jail.