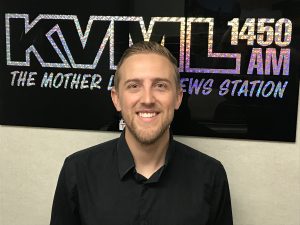 Update at noon 4/1/22: As reported by Clarke Broadcasting yesterday, Tuolumne County’s Director of Innovation and Business Assistance, Cole Przybyla, has taken a new job with the state working on broadband infrastructure. He released this statement today:

“It is with respect and gratitude for the County of Tuolumne, the Board of Supervisors, and county staff for the opportunity to lead economic development in the community for almost three years. I can confirm my departure as the Director of Innovation and Business Assistance.

I cannot say enough about the resiliency of our community businesses, the positive outlook I have for our region, and the accomplishments I have led.

I have chosen to leave for an opportunity to lead statewide efforts with broadband deployment and I look forward to remaining in Tuolumne County. Starting mid-April, I will start as the Broadband Infrastructure Advisor at the Department of Technology and continue to build upon my work of increasing broadband access and its affordability for our communities across the state with the historic investment made by the Broadband for All effort.”

Clarke Broadcasting reached out to Tuolumne County Administrator (CAO) Tracie Riggs, who confirmed that Przybyla had submitted a letter of resignation on March 18th. Przybyla has taken a job with the State Department of Technology as a broadband coordinator and will be working on rolling out Governor Gavin Newsom’s broadband plans.

Regarding the next steps, CAO Riggs responded, “My plans are to work with the board and the City of Sonora to analyze current needs to determine the best steps to move forward. In short, I have not begun recruiting for his position.”

The position was created after the county and city decided to dissolve the Tuolumne County Economic Development Authority. It came under fire after an unfavorable grand jury report in 2018 and transparency-related lawsuits were filed.

Then, in August of 2019, the supervisors hired Przybyla to lead the county’s economic development efforts. His contract was for five years with a starting pay of $99,000, as detailed here. He has served nearly three years. Asked if the position will definitely be filled, Riggs says, “I cannot answer if the position will be filled or not.  I need time to work with my board and the city on next steps.”

We also contacted Przybyla, who confirmed his resignation and the new job but declined to comment further until a later date. His last day is April 15th.