Passed Out Driver Arrested For Drugs And Weapons Violations 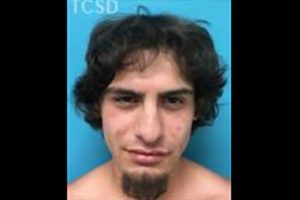 Tuolumne, CA – Finding a man slumped over in the front seat of a vehicle, deputies were concerned that the driver may have had a medical emergency until they noticed the charred foil next to him.

Tuolumne Sheriff’s Deputies were called early Monday morning to the area of Mira Monte Road in Tuolumne for a report of a suspicious vehicle. Inside, they found 20-year-old Kaleb Joseph Daniels-Foster of Tuolumne passed out. Once conscious, deputies began to question Daniels-Foster about what drugs he had taken. Sheriff’s officials say he then admitted to using fentanyl.

A vehicle search turned up an AR-15 rifle with a loaded high-capacity magazine, according to sheriff’s officials. They instructed that due to his age, he was not able to legally purchase that firearm. In addition, brass knuckles, narcotics and drug paraphernalia were also found in the vehicle.

Daniels-Foster was arrested for several felony drugs and weapons charges and was placed on $25,000 bail.