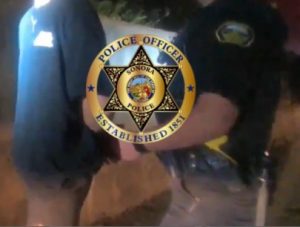 Sonora, California –Thanks to a neighbor’s security camera, Sonora police were able to watch a burglar in the act, and then, while arresting the suspect, more loot was found.

The video showed 22-year-old Joseph Alan Jennings of Sonora taking a metal detector, tools, and other items from a garage in the 300 block of North Washington Street on Friday (March 26). The next night, Jennings was spotted and stopped on Linoberg Street in a golf cart. The cart was also determined to have been stolen from a property in the county.

“This is another great example of how home surveillance footage can be a great tool for solving crimes. There are many affordable options out there, but pay attention to image quality before investing, “said SPD spokesperson Thomas Brickley.

Of note, last May, Jennings was also arrested for burglary after he allegedly broke into a vacant apartment in Sonora and was found asleep by the owner of the property, as detailed here.