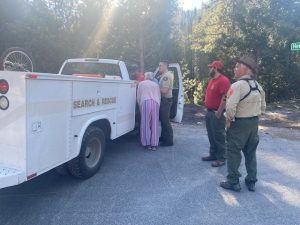 Update at 10:30 p.m.: The man pictured in the image box, 60-year-old Deo Sharma, who was reported missing this morning in the Strawberry area has been located. Tuolumne Sheriff’s officials detailed, “Sharma was found by Search and Rescue (SAR) Team members in the area of Strawberry.” No further details were given on where he was found or his condition.

Tuolumne Sheriff’s officials are seeking the public’s assistance in finding 60-year-old Deo Sharma. He was last seen early this morning in the Strawberry area.

Sheriff’s officials gave this description of what he was wearing: a green or black fleece sweatshirt, navy camo shorts, and batman sandals. They added, “Sharma may have been under the influence of alcohol and is reported to have dementia.”