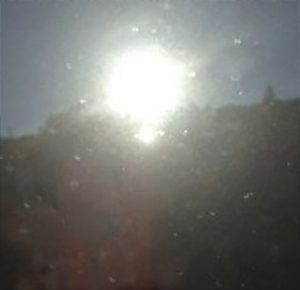 Sonora, CA – Both Tuolumne and Calaveras counties posted record high temperatures as a spring heatwave moved in this week.

One of the records broken dated back 95 years in Tuolumne County, according to National Weather Service Meteorologist Craig Schoemaker in Sacramento. It was shattered on Thursday when Sonora hit a high of 82 degrees, eclipsing the 78-degree record set in 1926. Friday’s high of 82 was tied with a record set in 1997.

As reported by the National Weather Service (NWS), three days smashed records in the San Andreas area of Calaveras County. On Thursday it hit 82 degrees, beating a 2004 record of 74 by eight degrees. On Wednesday it was 79 and on Friday it was 82, breaking records of 77 in 2004 and 79 in 2014, respectively. Schoemaker noted that the temperature histories for San Andres only date back 21 years ago when NWS recordings first began.

Warmer temperatures are expected to last into the weekend in many areas of California, then a minor storm is expected to break the heat and bring the possibility of light rain at the beginning of next week. The wet weather is much needed as almost all of the state remains in drought, much of it categorized as severe.