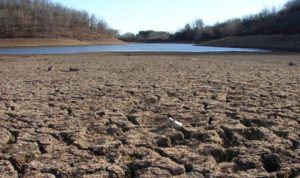 Sacramento, CA — A reduced amount of water will be going to cities and farms that receive supply via the vast state water project.

It serves an estimated 27 million people and 750,000 acres of farmland. Citing that California is in the midst of a third dry year, the state reports that they will only receive 5-percent of what they requested beyond what’s needed for basic needs like drinking and bathing. That’s down from the 15-percent that was estimated in early January. Following heavy snow and rain in late 2021, California ended the year with about 160-percent of average snowpack for the date.

But the State Department of Water Resources reports that the January-March period has been the driest on record in at least the past century. Current projections anticipate the Sierra Nevada snowpack runoff will only be at around 57-percent of average at the end of the season.

The reduction in supply will likely result in conservation restrictions put in place by downstream water agencies that allocate the water to the 27-million people.