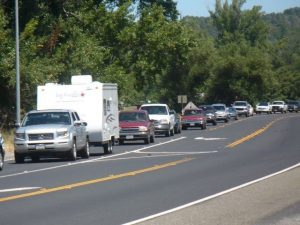 Sacramento, CA — Democratic lawmakers in California have unveiled a gas rebate proposal that has the backing of Governor Gavin Newsom.

It calls for giving every taxpayer in the state a $400 rebate to offset the costs of rising fuel prices. Assemblymember Cottie Petrie Norris is one of the authors, and argues, “To put that into context, for most vehicles, and most Californians, this $400 rebate is equivalent to a one-year gas tax holiday.”

It would go to all taxpayers, regardless of whether they own a vehicle. It would be funded by $9-billion in surplus budget revenue.

Republicans, meanwhile, we reported earlier, are pushing for a suspension of the excise gas tax. That would result in a drop of 51-cents per gallon. GOP leaders argue it is a better and simpler approach. It is unlikely to go anywhere, though, as Democrats have declined to move it forward, citing concerns that it would stifle transportation projects because road improvements are funded by the gas tax.