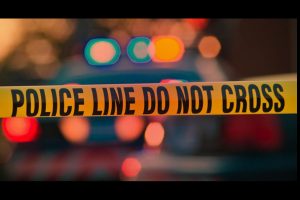 Sonora Police responded to the motel in the 400 block of West Stockton Street last Thursday (March 3) afternoon and met with the hotel manager who pointed to the room where the male driver was staying. Knocking on the door of the room, an officer was greeted by a woman who claimed that only she and her kids were occupying the room.

Once allowed inside the room, the officer located the suspect, 35-year-old Jonathon Michael Gavi. During questioning Gavi was not able to provide a pink slip or a bill of sale for the vehicle. A search of the room turned up a Husqvarna chainsaw with the serial number filed off and some heroin.

Gavi was arrested for possession of the stolen property and a controlled substance, along with defacing a serial number.