Body Cameras To Protect And Serve 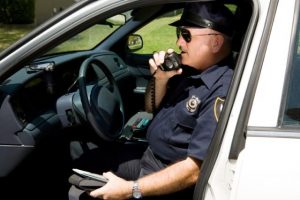 Sacramento, CA – It is being touted as a bill that would improve relationships between law enforcement and the communities they serve.

On Friday, SB 175 passed by a unanimous vote on the Senate floor. The bill would require that law enforcement departments develop a policy for using the cameras while on duty. The procedures would include the amount of time and the place officers will wear the camera, when it will be turned on and off, how long the video will be kept and officers’ access to the recordings. Senate Minority Leader Bob Huff authored the legislation saying, “It’s important that any policies set on the state level remain flexible so that local agencies can develop procedures that line up with community needs and agency resources.”

A 2014 Police Executive Research Forum found that police departments that require officers to wear body cameras report it promotes a better relationship between law enforcement and the community they serve by “improving the performance of officers as well as the conduct of the community members who are recorded.”

Critics say any restrictions of the cameras would ultimately defeat its intended purpose of accurately showing the events of an incident.