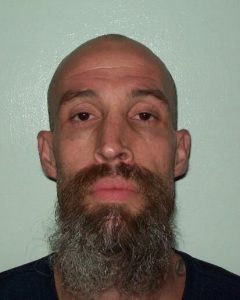 Sonora, CA — A man was pulled over in east Sonora, and Tuolumne County Sheriff’s Deputies found 48 grams of methamphetamine in his possession.

36-year-old Cody Rinehart Collins was driving a vehicle on Hess Avenue, near Mono Way, and was pulled over because he had expired vehicle registration tags. Sheriff’s Deputies soon discovered that he also had a suspended driver’s license, and was placed under arrest. His vehicle was searched, and officials located the methamphetamine, as well as a loaded handgun. In addition, Collins had a switchblade knife in his pants pocket. Collins is a convicted felon with a prior conviction for possession of a controlled substance for sale.

The methamphetamine in his possession has a street value of around $3,500. Collins was booked into Tuolumne County Jail.