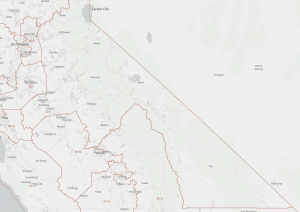 Sacramento, CA — With redistricting, the new California Senate District that covers the Mother Lode will also stretch into the Central Valley.

The Mother Lode area is currently represented by Republican Andreas Borgeas who has declined to seek re-election. Current representatives in the Modesto area have indicated they are running for other newly drawn Central Valley seats, which opens the door for a new State Senator in this region. The first to announce candidacy is Republican Jeff McKay, a Modesto native, who serves on the board of the Stanislaus Union School District. He is also a businessman and former Ceres City Councilmember.

He says, “California is the place where I grew up, built my businesses, and chose to raise my family. I love this state but seeing what’s happening to everyday Californians has pushed me to join the fight in Sacramento. We’re losing jobs, crime is up, fires keep ravaging our state, and our farmers don’t have water.”

He adds, “Politicians have been fumbling the basics for too long. I’m running for State Senate so if my daughters decide they want to start a family or a business, they want to do it in California because it’s safe, affordable, and livable for not just their generation, but for generations from now.”

Republicans have a 4-percent voter registration advantage over Democrats in the new Fourth District.

Meanwhile, we reported yesterday that Republican Jim Patterson was the first candidate to announce a run in the Mother Lode’s new Assembly District 8. Incumbent Assemblyman Frank Bigelow has not announced his re-election plans yet.