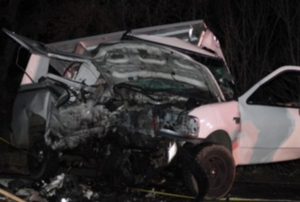 Sonora, CA – The CHP Sonora Unit has released the names of the victims in two recent fatal crashes.

Both of the accidents involved area highways with one of the victims being a local man riding a motorcycle.

The other fatal crash happened on Highway 120 and La Grange Road on Saturday, January 8th.  The CHP detailed the victim crossed over the double yellow lines, colliding head-on with another vehicle, as earlier reported here. The deceased has been identified as 36-year-old Chad Michael Baugh of Modesto.

“They are still awaiting toxicology reports to determine if alcohol or drugs were a factor in this crash,” relayed Machado.