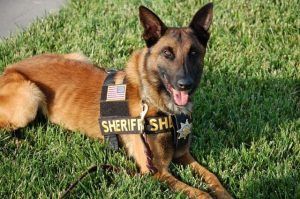 Sonora, CA — Tuolumne County Sheriff’s Department will be getting a new patrol team ready to sniff out crime thanks to the public.

On Sunday, a K-9 Fundraiser was held at the Mother Lode Fairgrounds in Sonora.  The donations totaled $14,300.  The money is targeted to purchase a new K-9 dog, equipment, and training of a new handler.  The Sheriff’s Office says it hopes to choose the new handler from within the department and purchase the dog as soon as possible.

The Sheriff’s Office has one K-9 unit with a dog named Justice.  In a department report earlier this year, the Sheriff praised that unit’s success rate and called for an additional unit. Click here for that article.