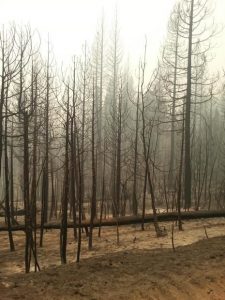 Despite the weather warming up later this week, officials believe that the King Fire will be contained by Saturday.

The fire is 94% contained and 97,099 acres. The Associated Press reports that the U.S Forest Service is reopening some wilderness areas that were closed due to the fire. The fire destroyed a dozen homes and nearly 70 outbuildings. Fire officials say that with warmer temperatures expected later this week, fire activity may pick-up within the perimeter of the blaze, and result in increased smoke. The forward rate of spread of the fire has been stopped.