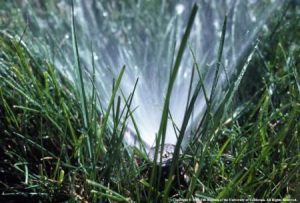 Sonora, CA – Californians could face fines of up to $500 a day if they do not obey new rules regarding lawn watering and vehicle washing. Despite the recent heavy precipitation, the state cites drought concerns.

For a second time in less than a decade, the State Water Resources Control Board has put in place mandatory water restrictions. The new rules adopted today (Tuesday, Jan. 4) could take effect by the end of the month.  State regulators expect the possible hefty fines will be rare.

*There are some exceptions, such as trees in street medians can be watered, but turf cannot. The rules take effect once an administrative review is completed.

The move comes as residents continue to fall short of Gov. Gavin Newsom’s call for a voluntary 15% reduction in water use compared to last year. As earlier reported here, between July and November, the state’s water usage went down just 6%. The recent winter storms did produce a stronger than expected first snowpack reading, as detailed here.

Also on Tuesday, state water officials shared that recent storms will allow the resumption of hydropower generation at the Oroville Dam, which was halted in early August due to historically low lake levels. And once again the state will be putting up a website to report on those not complying with the new water restrictions with complaints directed to the relevant local water agency.

The state reports the Sierra Nevada snowpack is 150-percent of average for the date.