Repeat Sex Offender To Spend Next Ten Years In Prison 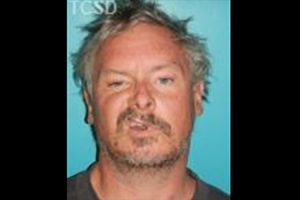 Sonora, CA – A Sonora man already on probation for felony assault related to an incident with a child has been sentenced to nearly ten years in prison after admitting to police, “he had a weakness for young girls,” said prosecutors.

A repeat offender 45-year-old Michael Paul Ludwig II in August pled guilty to having child pornography and violating his probation, which would result in a sentence of 9 years and 8 months in prison. Last week, that sentence was handed down to Ludwig.

This was the third offense committed by Ludwig related to child sex crimes disclosed by Tuolumne County District Attorney Cassandra Jenecke. In April of 2019, a jury convicted Ludwig of felony assault for approaching a ten-year-old girl and asked to “touch her privates” while reaching towards her in the parking lot of the lower Save Mart in Sonora in January, as reported here.

When arrested for that incident Ludwig was already required to register as a sex offender from a prior misdemeanor sex offense. Although D.A. Jenecke had asked for a sentence of seven years for Ludwig. Instead, he was sentenced to one year in county jail and a term of felony probation by Judge Kevin Seibert.

Two years after that arrest, in January of this year, a probation search of Ludwig’s home turned up child pornography, as detailed here. It was during his arrest that he told officers he had a weakness for young girls, stated Jenecke.