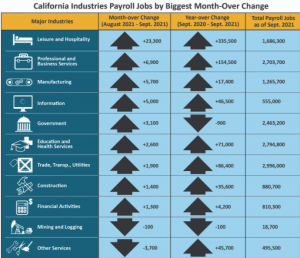 Reflecting the month of September, Tuolumne was at 6.1-percent, Calaveras was 4.7-percent, and Mariposa and Amador were both 5.7-percent.

The numbers were down compared to August, when Tuolumne County was at 7.1-percent and Calaveras was 5.6-percent.

The Employment Development Department reports that leisure and hospitality saw the most growth in jobs during September, while mining and logging saw the biggest decline.