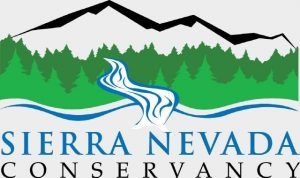 San Francisco, CA — A study released today found that proactive forest management including vegetation thinning and controlled burns can save millions on megafires like the Rim Fire.  In fact, the study was in the works when the Rim Fire ignited.

Sierra Nevada Conservancy Spokesperson Kim Carr says, “It’s two to three times the savings if you actually invest in the front end as opposed to continuing to spend money on fire fighting and post restoration activities.”

Twenty groups were involved in the study including the timber industry.  The U.S. Forest Service, the Sierra Nevada Conservancy, and The Nature Conservancy authored the study.

The “Mokelumne Watershed Avoided Cost Analysis” concentrated on the areas just north of the Tuolumne watershed were the Rim Fire burned.  It compared the possible outcomes of future wildfires both with and without forest management.  The results indicated that investing in healthy forest management can significantly reduce the size and intensity of fires.

Carr says, “The people that are ending up having to pay two to three times more because at this point we are more focused on fire fighting, is the tax payer.” Carr adds, “We need more investors. If we can appeal to the main water users in the state to contribute on a voluntary basis, a modest amount, that would go a long way.”

Those investors would voluntarily contribute to a fund to be used for forest management efforts across the state.  In turn, reducing the costs of firefighting and restoration after a megafire.