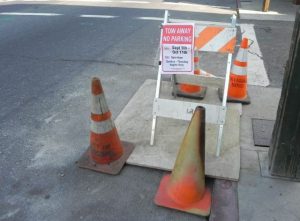 A Caltrans 2013 State of the Pavement Report touts the highway pavement conditions at the “healthiest level in more than a decade”.

“It’s important to maintain and preserve the existing transportation system first and foremost before making other improvements,” said Caltrans Director Malcolm Dougherty. “This improvement in our pavement proves that we are committed to doing just that.”

The report shows the percent of healthier pavement increased from 75 to 84 percent from 2011 to 2013, which is an increase of 4,500 lane miles of smoother pavement.

35 million vehicles travel on California’s highways each year. Caltrans says that new technology has helped to improve and maintain the roadways. That includes what is called “cold-in-place” recycling. It allows crews to recycle and reprocess existing pavement right at the construction site. Also, rubberized hot-mix asphalt and warm-mix asphalt has reduced more than 61,000 tons of greenhouse gas emissions.