Jamestown Man Arrested For Using Floor As A Deadly Weapon 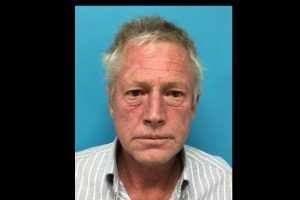 Jamestown, CA – The floor became a deadly weapon after a Jamestown man repeatedly smashed another man’s head onto it.

Tuolumne County Sheriff’s Deputies responded to a report of a physical dispute at a residence on Algerine Road in Jamestown last Monday night. Once on the scene, deputies found the victim with visible injuries to his head and face. The victim recounted to deputies that 62-year-old Daniel Fraser demanded that the victim give him a ride home. When he refused, he says Fraser began physically attacking him. The victim alleged that Fraser slammed him to the ground and while holding him down, slammed his head onto the floor several times. Fraser had left the residence prior to deputies arrival.

Two days later, Fraser contacted the Sheriff’s Office, wanting to give his side of the story regarding the incident. Deputies met with Fraser and questioned him. Subsequently, he was arrested for assault with a deadly weapon, battery with serious bodily injury and attempted criminal threats. He was placed on a $50,000 bail.