Panic At A Family Gathering In Sonora After Gun Fire Erupts 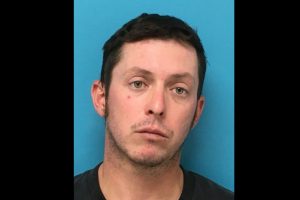 Sonora, CA – Gunfire disrupted a family gathering in Sonora where several children were in the line of fire, and one suspect was arrested for firing the handgun nearly 12 times.

Following an investigation, Tuolumne County Sheriff’s officials report the incident that happened last month along Longeway Road was not a drive-by shooting.  On the Saturday (June 24) night of the shooting, one of the individuals at the family event called dispatch advising them that he had jumped in his vehicle and was following the SUV from where the shots rang out, giving a description of it and the license plate number. Luckily no one attending the gathering was injured.

In the light of day, the next morning detectives discovered multiple 9 mm shell casings in the roadway of the residence where the shooting took place. Deputies were able to identify the owner of the SUV. Upon questioning, it was determined a passenger in the vehicle negligently discharged the firearm “10-12 times” into the air as they drove down the road.

The suspect, 34-year-old David Garcia of Sonora, admitted to shooting the firearm but it was determined that he was not trying to hit anyone and was firing into the air. It is unclear whether he knew anyone at the gathering. Garcia was arrested for negligent discharge of a firearm and placed on a $20,000 bail. The gun was seized as evidence.