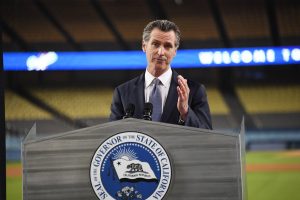 California Secretary of State Shirley N. Weber certified the recall petition this afternoon. The process required her to notify Lieutenant Governor Eleni Kounalakis that of the 2,161,349 signatures submitted, 1,719,900 have been determined to be valid, enough for the recall election to move forward.

The Lieutenant Governor had not less than 60 days nor more than 80 days from the date of the certification to set a date. Kounalakis wasted no time after Weber’s announcement to issue a proclamation declaring the recall election will be on September 14th. Click here to view the proclamation.

As reported here, just yesterday the governor announced that he is suing the Secretary of State to make sure his party affiliation is next to his name on the ballot.

Also, today, the state Department of Finance released an updated estimate of the cost of the special election to total $276 million.