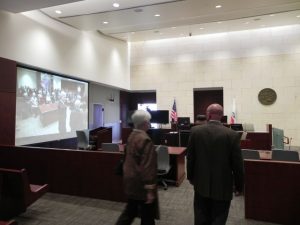 
Swift is 54 years-old and lives in Angels Camp. He has been a court executive officer in the county since 2011. Before that, he served in multiple positions at the Amador County Superior Court since 1999 including superior court commissioner, court executive officer and research attorney. Swift has also worked at several law firms as a partner and associate attorney since 1986.

He will be replacing Judge Douglas V. Mewhinney who retired in March of 2012. Swift is a Democrat. His salary will be $181, 292. Swift was one of 16 judges appointed to various courts around the state by the Governor.