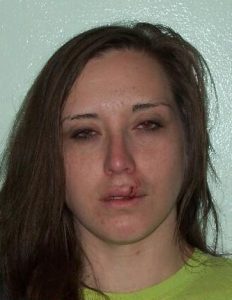 Sonora, CA — A woman is accused of fraudulently writing checks at area businesses.

The Tuolumne County Sheriff’s Office reports that 25-year-old Darlene McNaul allegedly wrote two checks, for about $500, at both the Tractor Supply and CVS Pharmacy in Sonora. An investigation led deputies to a residence on Blue Bell East in Sonora, where several people were interviewed, including 25-year-old Darlene McNaul. At the residence, deputies found a majority of the merchandise stolen from the two stores, as well as a small amount of heroin and drug paraphernalia. McNaul was booked into Tuolumne County Jail in connection to the crime.

The Sheriff’s Office reports that the checks were stolen from an 88-year-old woman that lives in the Curtis Circle area of Sonora.