McClintock: Do We Have A Border At All? 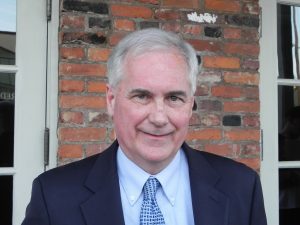 Earlier this week, Congressman Tom McClintock spoke on the US House Floor.

We are way beyond any question of whether we face a border crisis – the question now is whether we have a border at all. When I put that question directly to the President of the Border Patrol, his answer was an emphatic NO.

By abandoning the border wall, rescinding the remain in Mexico policy, and obstructing enforcement of court ordered deportations, President Biden has produced a mass illegal migration of historic proportions, preying most tragically on young children and making the Mexican crime cartels billions of dollars.

The only border security measure he hasn’t pulled down is the ability of the CBP to stop illicit activity at our official ports of entry – where large volumes of narcotics and other contraband must pass.

I recently visited our facility at Hidalgo crossing, where thousands of cars and trucks passing through the port of entry must be inspected daily to protect our country from high-volume cartel smuggling. Our officers are experts at spotting suspicious traffic hidden among the high volume of legal crossings without unduly delaying honest commerce and passage. To do this, they wave the suspicious traffic to secondary inspections, where they can locate and stop contraband that is often ingeniously hidden.

This has been a tremendous inconvenience to the cartels. I saw millions of dollars of methamphetamines and other deadly drugs – as well as infected fruits and vegetables heading to American markets – recently seized at these secondary inspections.

H.R. 1573 would grind legitimate trade and travel to a halt by providing that anyone referred to secondary inspection can, within an hour, consult with an attorney and call other third-parties. There are more than 17 million secondary inspections conducted each year at our 328 ports of entry. Can you imagine the effect of this bill? And it’s not limited to attorneys — a smuggler pulled into secondary inspection could warn confederates behind him that their hiding places had been discovered.

The officers told me they are already overwhelmed, using antiquated facilities and suffering manpower shortages. This bill gives the CBP the Hobson’s choice of curtailing inspections or routinely backing up traffic for hours on end.

The inspection itself is not a criminal process – it is a screening process to assure that only legal products enter our country. Only when it becomes a criminal matter is there a right to counsel.

If this isn’t actually written by the crime cartels it certainly is entirely in their interest and service. It speaks volumes about the attitude of the Democrats on the security of our border, the safety of our citizens and the sovereignty of our nation.”