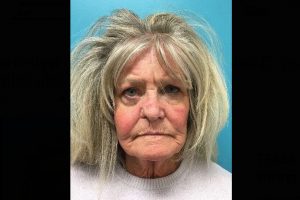 Sonora, CA – The CHP has revealed an arrest has been made in the fatal hit-and-run of a Columbia teen on Highway 49 near O’Hara Drive in Sonora.

67-year-old Lisa Dianne Hunt of Columbia was taken into custody yesterday (Thursday, March 25) around 6:35 p.m. Her occupation is listed as a nurse on the Tuolumne County Sheriff’s Custody Report. Hunt faces charges of vehicular manslaughter, felony hit-and-run, destroying or concealing evidence, and providing false information to an officer.

Hunt is accused of striking 17-year-old Molly Burgess while she walked along the highway on February 28th, as reported here. Burges was left lying in a ditch suffering major injuries and died while emergency responders were treating her.

In its written release the CHP offered thanks to the “public for the multiple phone calls we received which assisted in this arrest.” It also noted that no further information regarding Hunt’s arrest is being released at this time. Her bail is set at $50,000.