Freedom Based On Ability To Pay Bail Unconstitutional 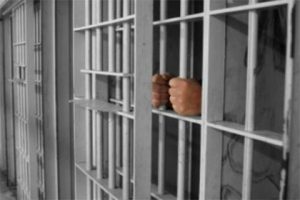 Sacramento, CA – Relying on a defendant’s ability to pay bail will no longer be the sole basis for getting out of jail while awaiting trial.

The California Supreme Court ruled Thursday that judges must consider suspects’ ability to pay when they set bail, meaning that indigent defendants can be freed unless deemed too dangerous. In a unanimous decision, the justices stated, “The common practice of conditioning freedom solely on whether an arrestee can afford bail is unconstitutional.” Electronic monitoring, regular check-ins with authorities, or ordering the suspect to stay in a shelter or undergo drug and alcohol treatment is allowed.

The Criminal Justice Legal Foundation, which represents the interests of crime victims, argued in a friend of the court brief that making cash bail contingent on suspects’ ability to pay violates state law, which allows for considering the safety of the public and victim, the seriousness of the alleged crime, the suspect’s criminal record, and the likelihood that he or she will flee.

This decision comes after voters last year rejected a state law that would have ended California’s cash bail system entirely by substituting risk assessments for every suspect, and after months when a judicial order set bail at zero for lower-level offenses during the coronavirus pandemic. The court’s ruling allows cash bail, so long as defendants can afford it.