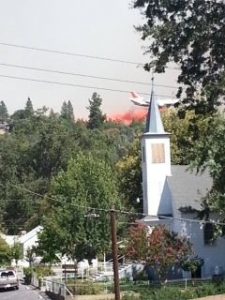 Tuolumne County, CA — The Rim Fire is already among the 15 largest fires on record for the State of California.

CAL Fire’s records dating back to 1932 show that the largest fire in Tuolumne County was the Stanislaus Complex Fire in August of 1987. It burned 145,980 acres, 28 structures, and resulted in one death. The largest fire statewide was the Cedar Fire in San Diego County back in October of 2003. It scorched 273,246 acres, 2,820 structures and resulted in 15 deaths.

At 133,980 acres as of this morning, the Rim Fire is unofficially the 14th largest fire on record for the State of California. Click here to view the report from CAL Fire on the 20 largest fires.

(The video shows the battle from the air on Friday)