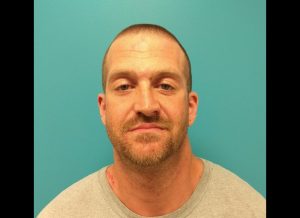 Sonora, CA — The Sonora Police Department says a man was arrested following a fight that broke out in the 200 block of Greenley Road.

Multiple people were involved in the incident that started at around 6pm on Wednesday. The PD reports, “During the investigation, it was learned that 36-year-old Robert Gregory who is on parole, used a glass bottle and struck a victim in the head. The victim suffered moderate injuries and was transported to a local hospital and treated for their injuries.”

The PD adds, “Another victim reported that Gregory also had brandished the bottle to him in a manner that implied it was going to be used as a weapon. Gregory then threw the bottle at the victim and hit him in his face. The victim denied any injuries as a result of the altercation.”

Gregory was booked into Tuolumne County Jail on charges of assault with a deadly weapon and violation of parole. His bail is set at $40,000