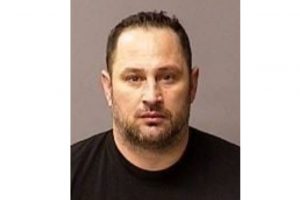 The Oakdale Police Department put in the request today with Tuolumne County Sheriff’s Officials after 38-year-old Casey Worley fled from police yesterday in a 2004 light blue Jaguar. They ask the public to look at his picture in the image box and call (209) 847-2231 or Crime Stoppers (209) 521-4636 with any information regarding his whereabouts.

Worley is known to frequent Oakdale, Riverbank, and Tuolumne County. He is wanted for felony evasion, as well as a $100,000 felony warrant for burglary from Amador County and a $50,000 felony warrant from Tuolumne County for theft, burglary and drug charges. In that case, Worley also took off attempting to escape arrest. As reported here in October, after being recognized while gambling at Chicken Ranch Casino in Jamestown, he ran when officers approached him, but he did not get far and was chased down by K-9 Thor and handcuffed.