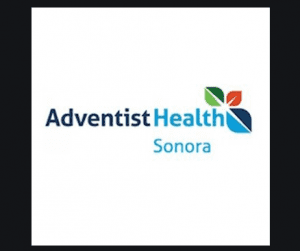 Sonora, CA – A wrench has been thrown in the Adventist Health Sonora’s mass vaccination clinic planned for this weekend and hospital officials blame the state.

With the successful vaccination of just over 1,000 Tuolumne County residents during last weekend’s two-day mass vaccination clinic, Adventist Health Sonora is being forced to cut short its January 30 and 31st clinic due to changes to the State’s vaccine allocation process and eligibility criteria. Governor Gavin Newsom announced the changes yesterday with the state streamlining vaccination distribution and moving to an age-based eligibility system after vaccinating those now at the front of the line, including health care, agricultural workers, emergency personnel, and seniors 65 and older, as reported here.

“We learned on Tuesday that California’s allotment process is changing and we will not be receiving the supply of vaccines we anticipated,” explains Michelle Fuentes, Adventist Health Sonora President. “Because we won’t have the 1,600 doses as expected, we have to reduce the number of spots for Saturday and cancel our Sunday clinic. We will be able to vaccinate nearly 500 people on Saturday and will remain hopeful that California’s new process will be outlined promptly and allow for our community to be vaccinated as quickly as possible.”

In a written press release, the hospital detailed that staff will be reaching out to around 40 people who already had appointments on Sunday and offering them a Saturday spot. Any openings after that will be filled by those already on the waiting list, for which there are not enough doses available for everyone.

“We are calling people on the waiting list, in the order their names were received, and will keep calling until all of the spots are filled,” Fuentes explains. “Our goal had been to reach out to every person on the list because we want to give the vaccine to each person, just as much as they want to receive it. This has been an emotional turn of events for everyone involved with the vaccination clinics and we sincerely apologize to those who will not be getting a phone call from us this week.”

The hospital also noted that it had planned to release several hundred appointments to those aged 65 to 74 through online scheduling on Thursday, but it had to be scrapped since no appointments will be available. Also, no further clinics have been scheduled.

Those who have already received their first dose of the vaccine through the clinic should plan to return to the Mother Lode Fairgrounds 28 days after their first dose, as scheduled, relay hospital officials. Meanwhile, they say they are working to ensure that those doses will remain available.

Updates will be posted on the hospital website and for those without internet access, a hotline with recorded information is available at 209-536-5165.