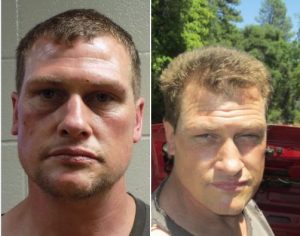 West Point, CA — An Amador County woman went missing back in October and her last known whereabouts were in the West Point area of Calaveras County.

27-year-old Savana Burger was reported missing by her mother after she failed to attend an important court date. The Amador County Sheriff’s Office was able to determine through cell phone data that she had last been in West Point.

A multi-agency investigation, with help from search and rescue teams, led to the discovery of human remains in West Point about a week ago. DNA testing now confirms that it is Burger. Other evidence was located in and around the community during the investigation, and 44-year-old Jerry Lee Adams Jr. of Pine Grove is charged with murder. An arrest warrant was issued at his home on Climax Road near Pioneer Drive, but he could not be located.