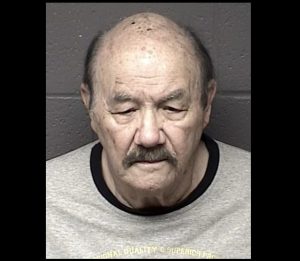 Mariposa, CA — A man who served as the longtime Treasurer for the SCOPE program in Mariposa County was arrested following an investigation.

SCOPE stands for the Sheriff’s Community Organized Policing Effort. The organization, under the sheriff’s office, went through a restructuring last year and Ronald Glenn was removed as Treasurer, after spending nine years in the position. The new incoming team noticed irregularities in the SCOPE account, so an investigation was launched. The sheriff’s office discovered an excess of $12,000 was misused by Glenn.

Mariposa Sheriff Jeremy Briese says, “Volunteer organizations like our SCOPE program are a vital piece of our office. They work so hard for our community. I was angry, saddened and disappointed that someone would do this to such an indispensable program and try and diminish all the great work that they do.”

During the investigation the sheriff’s office served numerous search warrants on bank accounts, emails and businesses to identify the misspent funds. Glenn was booked into Mariposa County Jail on a $50,000 bond for embezzlement and felony grand theft.