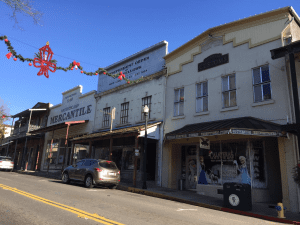 Folendorf is stepping into the supervisor role after the first of the year, so she will no longer be eligible to serve on the council. The city accepted applications to finish out her final two years in office, and the candidates are Isabel Mancada, Caroline Schirato, Linda Herman and Marilyn Smith. At Tuesday’s 5pm meeting, the council will review the applications, and potentially vote on a replacement.

Also tomorrow there will be a vote on appointing Alvin Broglio as Mayor for the 2021-22 calendar year. Broglio has been serving as Vice Mayor under outgoing Mayor Joseph Oliveira.

In addition, several firefighters will be recognized for their heroics during the July 31 O’Reilly Fire.

The meeting will begin at 5pm on Tuesday. Details are below:

THIS MEETING WILL NOT BE PHYSICALLY OPEN TO THE PUBLIC. ALL MEMBERS OF THE PUBLIC MAY PARTICIPATE IN THE MEETING VIA VIDEO CONFERENCING AT https://meet.google.com/vbt-jofi-svy AND VIA TELECONFERENCE BY CALLING +1 657-845-2546 (PIN: 338-576-372#) AND WILL BE GIVEN THE OPPORTUNITY TO PROVIDE PUBLIC COMMENT.