Ride Turns Into Ambush With One Person Injured Another Arrested 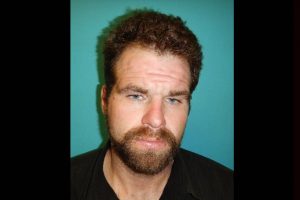 Sonora, CA – A ride turned out to be an ambush after a Sonora man allegedly started accusing his passenger of stealing and then attacked him.

A report of a fight to dispatch on Monday sent Tuolumne County Sheriff’s Deputies heading toward the scene on Wards Ferry Road in Sonora. They were redirected to Striker Court after learning that a passerby had taken the passenger to an ambulance station there.

Upon their arrival, deputies questioned the victim who had visible injuries to his face. He recounted that while getting a ride with 29-year-old Corey Ross of Sonora, Ross made a detour. The victim alleged that Ross accused him of stealing from another friend. The argument erupted into a fight. The victim alleged that Ross began punching him in the face and brandished a pocketknife. The victim was able to escape from the vehicle, but Ross would not let him get his personal belongings inside and took off when another vehicle approached.

Deputies learned that Ross was living at a transient camp near Elsie’s Pond in Sonora where he was later located and arrested for robbery and criminal threats on a $15,000 bail.