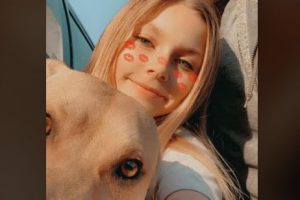 Update at 11:40 p.m.: Calaveras County sheriff’s officials relay that 14-year-old Kaylee Arney who was found last night at a residence in West Point after reported missing over a week ago is “in good health and does not need medical attention.” Three individuals were arrested in connection with her disappearance and further details are below.

Original post at 8:20 p.m.: West Point, CA – A 14-year-old girl has been located after reported missing over a week ago and several suspects have been arrested in connection with her disappearance.

Kaylee Arney was found around 7 p.m. last night at a West Point residence. She was reported missing on Thursday, Oct. 22nd, and was last seen at a friend’s home but left before her grandmother arrived to pick her up. At the time, Areny was listed as a voluntary or at-will missing person and considered a possible runaway juvenile, as detailed here.

Calaveras County Sheriff’s Investigators report that after a lengthy investigation three suspects were arrested in connection with the case. Details regarding charges or their involvement in the case were not disclosed. They add that investigators will spend the next few days completing the investigations and more information regarding the incident will be released on Monday (Nov. 2). Sheriff’s spokesperson Sgt. Greg Stark shares, “This is initial information is being released to cancel any search efforts planned for the weekend.”