A Sad Ending To Search For Missing Elderly Mariposa Man 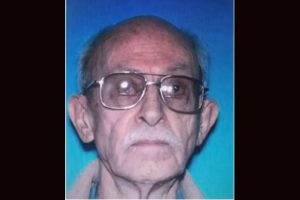 Buck Meadows, CA – A tragic ending after a week of searching for an elderly missing Mariposa man.

As reported here last month, 92-year-old Lewis Schluchter was last seen at his home in Buck Meadows near the Tuolumne County line and reported missing to sheriff’s officials about a week later. He was known to hike alone near the Yosemite Ridge Resort in Buck Meadows.

Sadly, sheriff’s official relay that on Sept. 25th a search and rescue teams located his body. An exact location was not given as sheriff’s officials informed that additional details will be released once the coroner investigation is complete.

At the time of his disappearance, the sheriff’s office turned to the public for help to locate the elderly man. Over 50 searchers and multiple agencies assisted in combing the areas near Schluchter’s home and the resort around the clock. The resources included a CHP H40 Helicopter, CARDA- California Rescue Dog Association, California Civil Air Patrol Air, and many other Law Enforcement agencies.