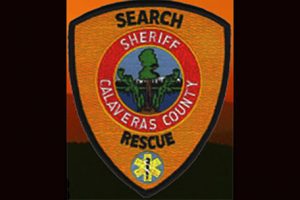 Tuolumne County, CA – A lost fisherman in the Sourgrass area of the Stanislaus National Forest was able to call for help just before his cell phone went dead.

The call he made went to the Calaveras County 911 Dispatch Center at around 3:30 p.m. on Tuesday. The 44-year-old male on the line reported he had become lost while fishing in the upriver in the Sourgrass recreational area, south of Highway 4 and north of Boards Cross. Using the phone’s GPS, dispatch was able to get his general location, which actually put him in Tuolumne County.

The Calaveras County Volunteer Search and Rescue Team and sheriff’s deputies from both Calaveras and Tuolumne counties sprang into action. Also, with daylight fading and limited visibility due to smoke from nearby wildfires, a CHP helicopter took off to join in the search.

Around 8 p.m., the good news came in that ground crews had found the missing man in a remote and heavily wooded area near his last known location. He was evaluated by emergency medical staff and given some food and water. He then was driven back to his vehicle where he once again thanked his rescuers and then headed on his way.

And if helping out with a rescue like this one sounds interesting, Calaveras Sheriff’s officials say they are continually accepting applications for the volunteer search and rescue team. They add that all training is provided and there is no set skill level needed. Anyone interested should contact Sgt. Stark at 209-754-6500 or click here for more information.