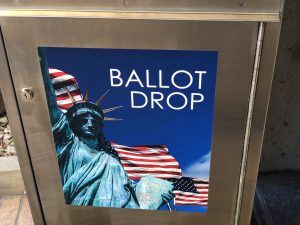 Sonora, CA — With the November General election just over a month away, the latest political party affiliation numbers in the Mother Lode are much different in comparison to the statewide average.

The California Secretary of State’s Office reports there are 21-million registered voters in California. 46-percent are Democrat, 24-percent are Republican and 23-percent decline to state a party affiliation. A small fraction of the voting public identifies with the Libertarian, Peace and Freedom, Green or American Independent parties.

In Tuolumne County there are 33,411 registered voters. 44-percent are Republican, 29-percent are Democrat and 19-percent decline to state a party preference.

In Calaveras County, there are 30,444 registered voters. 45-percent are Republican, 27-percent are Democrat and 18-percent decline to state a party preference.

All of the California statewide elected positions are currently held by a Democrat. All of the regional representatives in the two-county region are Republican (Assembly, Senate, Board of Equalization and US Congress).

Local positions like for board of supervisor, water districts, city council and school board are non-politically affiliated, meaning that candidates do not list their party affiliation. Sometimes, though, candidates are endorsed by local political parties.

If you are curious about how different regions of the two counties compare, the numbers below are broken down by regional supervisor district.