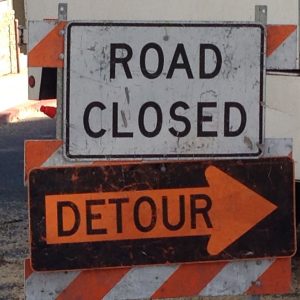 San Andreas, CA — Old Gulch and Michel roads in there of Mountain Ranch area of Calaveras County will be shut down for the next two weeks to allow for paving.

Public works officials relay that they were forced to close those roadways during the paving project due to their narrow width. They add that there will be no through traffic allowed in the construction zone except for emergency vehicles. Starting Monday, September 28, and running through Thursday, October 8, the roadways will be shut down in these areas:

The projects will have crews working from 7 a.m. to 6 p.m. and then the roadways will reopen for the night. Public officials detail that detour signs will be placed at driveways and along the road to direct traffic away from the construction zone. Motorists are asked to obey all detour signage and to not cross barricades.

For any questions regarding the projects contact Calaveras County Public Works Department at (209) 754-6401.