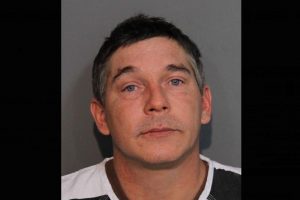 San Andreas, CA – Avery father sentenced to 15 years in prison for the shooting death of his son.

On Thursday, Judge Timothy S. Healy handed down that sentenced against 50-year-old David Bilderback. The father had pleaded guilty in July to voluntary manslaughter with an additional enhancement for the use of a firearm for the killing of his 19-year-old son, Cole Bilderback. That charge carried a possible sentence ranged from 6-16 years. The probation department had recommended a 9-year sentence, while the defense requested a lesser sentence of 6 years.

As earlier reported here, the shooting took place in September of 2017 at the father’s automotive repair shop, Dave’s Pit Stop in Avery. At the sentencing, prosecutors detailed that after Cole called his father “a drunk,” Bilderback armed with a 12-gauge shotgun, then shot his son in the chest.

In arguing for the maximum sentence of 16 years, Deputy District Attorney Bradley T. Jones, stated, “The Defendant acted with malice when he chose to drink heavily and then start an argument with his son while he was carrying a loaded shotgun, with the safety off, with a round in the chamber, and with his finger on the trigger.”

The D.A.s office recounted that Cole’s mother, Tyana Ladouceur, gave an impassioned plea for justice for her son, emphasizing the ludicrous nature of Bilderback’s claim that the shooting was an accident. They add that Canyon Bilderback, Cole’s younger brother, stated in a letter to the Judge, “Even if by some miracle it was an accident, which I find impossible to believe…he has yet to even apologize for taking my brother’s life and still shows that he cares only for himself.”

While imposing the sentence, prosecutors relay that Judge Healy called the defendant “beyond callous and had displayed little remorse over the 3-year period in which he had been coming to court on this matter.” DDA Jones added, “There is just a profound feeling of senseless loss. The Defendant’s lifelong struggles with alcohol, and his failures to control his addiction, killed his son.”

Calaveras County District Attorney Barbara M. Yook released this statement regarding the cases, “We are grateful for Judge Healy’s ruling and the enormous level of compassion and respect he demonstrated in court to all those who were there on Cole’s behalf.”

The total time Bilderback will serve in state prison is about ten years with credit for time served.