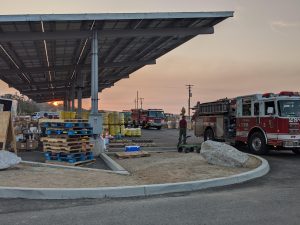 Wawona, CA — As containment grows on the Creek Fire, there is no longer a concern that it will expand into a portion of Yosemite National Park.

The evacuation advisory has been lifted for the community of Wawona. However, Yosemite National Park still remains closed due to smoke impacts. The Creek Fire is 289,695 acres and it is 32-percent contained. Weather conditions have been favorable over the past couple of days, reducing smoke impacts in the Mother Lode region. There are 3,106 firefighters still assigned to the incident.

The incident command team is hoping to gain full containment by October 15.  The cause of the fire, igniting near the Big Creek area near Shaver Lake on September 4, is still under investigation.