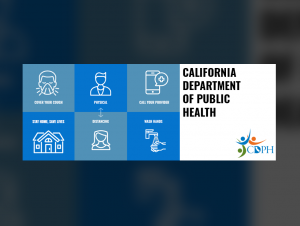 Dr. Erica Pan, acting State Health Officer, says the change should allow for more effective isolation and quarantine of those who are infected, in hopes of limiting the spread.

She notes that 2/3 of the test results from state labs are now returned within one day, and the number increases to 88-percent by two days.

An average of 104,000 tests are administered each day in California, and the state hopes to double that number within six months, so that the state can do more surveillance testing of high-risk populations, to better isolate new outbreaks. California recently announced a new $1.4 billion contract with a Massachusetts company to boost testing. New guidelines regarding who should be tested more regularly will soon be released by the state.